“Hampden William Holdsworth grew up in a fascinating time of Melbourne’s history.”

Around 1878 he and his brother George made the long journey by sailing ship from England and when their boat docked in Geelong they soon started apprenticeships as jewellers in Geelong. At this time, Melbourne was really starting to boom, and as Melbourne grew it required timber for building and for fuel. One area known for its tall strong timber (perfect for ships masts, piers and the like) were the forests at the foot of the Dandenong Ranges. The local Aboriginal Werundjeri tribe had moved on by the 1860s as axe blows felled thousands of trees in the area and the land was made available for cattle. The timber was carried by horse-drawn wagons down a dirt track that would later be called the Maroondah Highway. For the thirsty traveler on the way a pub called ‘The Log Cabin Inn’ was built, and later renamed ‘The Coach and Horses’ which many of us still drink at today. 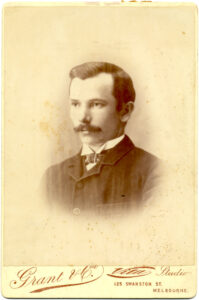 Meanwhile, Hampden finished his apprenticeship in Geelong and moved to Melbourne. At age 24, Hampden believed that Chapel Street, Windsor was the place to open his jewellery and watchmaker’s store. The train line had been built with Windsor station a few doors down, a cable-driven tram line ran down Chapel Street and there was talk of a new tram line to run along nearby Dandenong Road. It would still be many years before the first Automobile rolled down Chapel Street or electricity would be connected!

A nice shop was available for rent at 241a Chapel St, Windsor, which had formally been let to an ‘Umbrella and parasol maker’. In mid September of 1884 Hampden opened ‘HW Holdsworth – Jeweller and Watchmaker’. Like any new business, it took some time to get going and at one stage Hampden wrote in his diary of ‘Four days running without any meaningful trade’. However, he kept working, advertised in the local paper, the Prahran Chronicle, and before long, word had spread of a well-trained jeweller in Windsor. 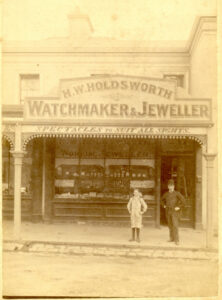 The original Holdsworth shop in 1895

In Ringwood, things had moved forward as well. The cattle and the cleared land were fast being replaced with orchards, and the remaining gum trees were being used to fire the large brick-making kilns that had popped up, taking advantage of the area’s clay soil. Antimony (a silver-coloured metal used for paints and medicine) had also been found in Ringwood and was being mined, in fact, the large steam-driven winch is still sitting in Ringwood East. The train line was extended, and in 1883 Ringwood station was built (using Ringwood bricks) taking bricks, fruit, cattle, ore and tourists to the ‘Big Smoke’ of Melbourne.

As Melbourne grew so did Hampden’s jewellery business, so in 1891 George joined his brother forming Holdsworth Bros. Jewellers. The brothers worked hard, and after twenty years they had built the business to a point where they were able to buy a corner shop at 21-23 Chapel Street, Windsor and in 1913 they built a beautiful ‘Modern jewellery store and factory’ consisting of a two-storey shop and dwelling on the site. The shop is still happily standing today on the corner of Vine Street and Chapel Street, although it is now a convenience store.

George and Hampden were into their fifties by this stage and with twelve children between them and strong interest in the family business, there were thoughts of retirement. But one year later war broke out in Europe. Roy, the eldest of Hampden’s sons and my grandfather, was sent to fight in France. He achieved rank quickly, but was shot in the hip when trying to overrun a German machine gun post. Falling into a shallow crater, he spent the day and part of the night sheltering from machine gun fire every time he raised his head before being stretchered from the battlefield that night. He spent many months in a military field hospital, slowly recuperating. Penicillin was yet to be invented and critical food shortages made the process very slow. The pieces of bullet removed from Roy’s hip are still in the family heirloom chest today.

While the Holdsworth brothers were fortunate, many Australian families lost loved ones in the war, and it was in remembrance of them that the Ringwood Clock tower was built, originally in the intersection of Maroondah Highway and Ringwood Street but later moved to the parkland beside it.

Upon their return, Roy, Keith and Wallace took over Holdsworth Bros. and Roy, soon after returning home married his long-time sweetheart Lexie. (I wonder where they got the ring?) The boys worked hard as Australia had been sapped of energy after fighting the war, but they had to work even harder to make it through The Great Depression in 1929.

My father, John, was 14 when the Second World War broke out, and would have helped his father and uncles in the shop putting up heavy wooden hoardings over the windows against the risk of an air raid. John went into the military for training, but by the time he graduated the war had come to a close. 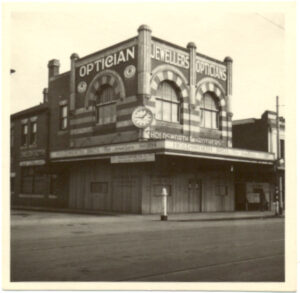 Windsor shop boarded up in 1943

The post-war 1940s and 1950s passed as a period of relative boom time and in the early 1960s John was keen to take over the business, however, his father Roy was less keen to pass it on. John ended up opening his own store just down the street in Prahran and for a short time there were two Holdsworth Bros. Jewellers in Chapel Street. In 1965 the retail action had moved from the original establishment and Roy retired and sold the shop and factory which had been humming for the last fifty years.

John wanted to expand the business, so in 1967 when the Myer family was opening Eastland on the old Ringwood bowling green, he leased a shop. It was about this time that Wantirna was being developed with the City of Knox and the suburb of Knoxfield being formed. It was named after a local landholder, war veteran and politician Sir George Knox. My father John ran the two shops successfully, and in 1972 he opened a third store in Frankston. It was at Frankston that John hired a pretty young girl just out of school, named Sandy, who now manages the Knox City store over twenty-five years later. Three stores were enough for one person to handle and he turned his attention to his wife, Anna, and more children – one born in 1978 was significantly better looking and more charismatic than the others…

Borrowing heavily, the Knox store was opened in 1985 and then stores in Brighton and Highpoint in quick succession. It was a marvelous time for Holdsworth Bros. but sadly in the early 1990s Australia fell into recession. The interest on the money borrowed for the expansion skyrocketed and sales slumped. One by one the stores were closed until just Eastland and Knox remained. The saddest closure was Prahran after a century of trade, with the doors closing broadcast to all of Melbourne during television news coverage on Channel 9.

The silver lining of the decline brought the business back to a pair of small shops personally run by John and Anna and their team of expert staff. The late 1990s saw Chris and myself learning the trade both in the business and at university. John, having rebuilt the business after the recession, passed away in 2000, leaving the shops to Anna with help from Chris and me.

In 2006 Anna decided trekking in Tibet and Nepal was easier without the burden of running a company and retired. Later that year we opened a new store in Camberwell.

Today, Chris and I love our legacy and really enjoy the challenge of running a small business. We have a fantastic bunch of staff, and it is hard to imagine doing anything else. I suspect if we had any more gold in our veins we’d be melted down!

This story was taken from Holdsworth Bros newsletter ‘Pearle’ Autumn 2009 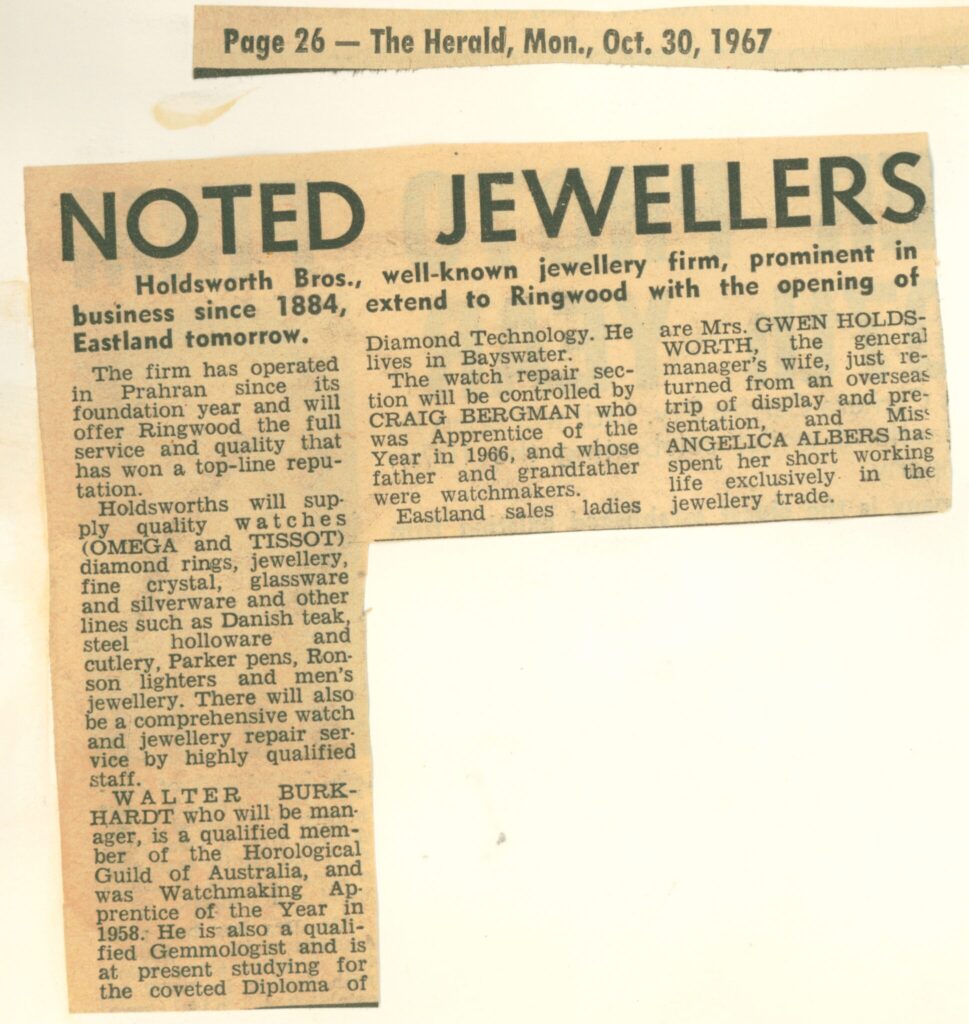 Ad placed for the opening of Eastland 1967 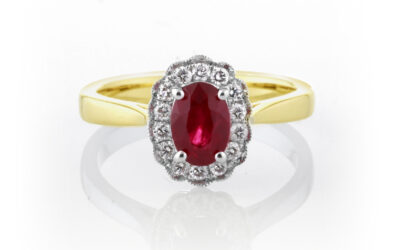 Ruby Engagement Rings Ruby engagement rings are the perfect alternative to when you want to propose, but diamonds just don’t feel like the way to go. There has been a recent increase in demand for ruby engagement rings, as they’re renowned for their intense red hue. ... 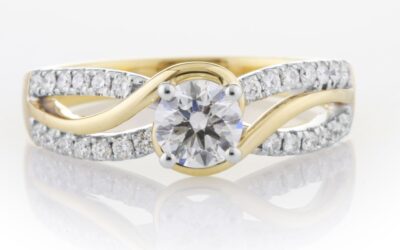 Gold Engagement Rings Guide Selecting an engagement ring can be a daunting process. The temptation is to adhere to tradition and select a yellow gold band to go with the precious gem of choice. However, with so many alternatives available nowadays, is there a place... 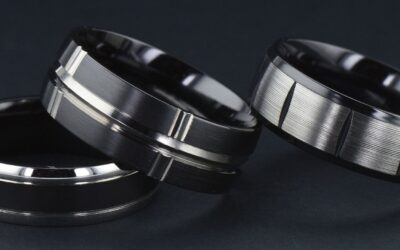 Engagement Rings for Men: How do you choose?

Choosing the perfect engagement ring for him The act of proposing is always daunting, particularly when you are proposing to man. It means picking the ideal time-and-place, carefully selecting the right words and then presenting it all with passion and fervour. Just...